Dayna contacted Next Exit Photography after seeing Adi and I in action at Nicole and Vince’s wedding in the summer of ’05 at the Ritz Carlton in Laguna Niguel. She was one of the adorable bridesmaids in Nic’s bridal party. Although she and Jason live in Seattle, Washington, they hired us to shoot their SoCal wedding in Temecula, California, at the incredible Ponte Winery and Vineyards.
After many weeks of unpredictable Los Angeles weather, rainy days and chilly nights, Dayna and Jason got married under the perfect blue sky and in the soft warm wind that they had dreamt of. Dayna’s Paloma Blanca gown showed off her perfect figure. Her make-up and hair were designed by Erin Kennan from the Ricca Donna Salon in Brea. The exquisite florals were created by Allsion Stevens at the Magnolia Flower Shoppe in Temecula.
On the garden lawn, the ceremony was officiated by Reverend Robert Jabro, with views of thousands of rows of grape vines. The reception held in the barrel room was romantically candle lit and cozy. DJ Mike Shroyer rocked the house from Good Time Entertainment. 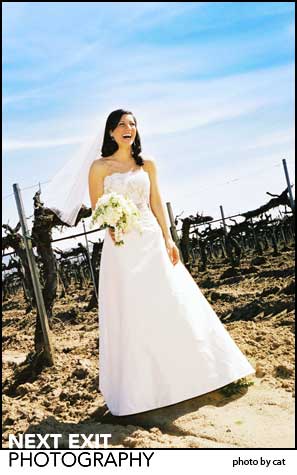 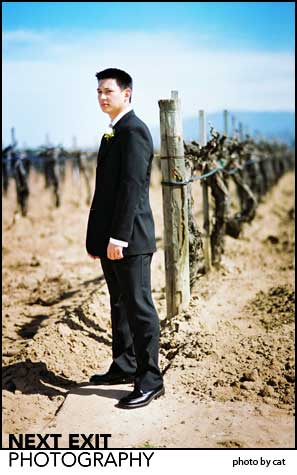 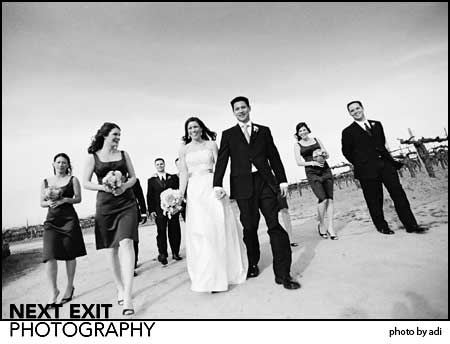